A Round table was held in the International Scientific Complex “Astana”

On the 20th of September, 2016 a Round table on the topic of “Pressing issues of modern economy and economic science at the present stage: international experience and prospects of Kazakhstan” was held in the International Scientific Complex “Astana”. 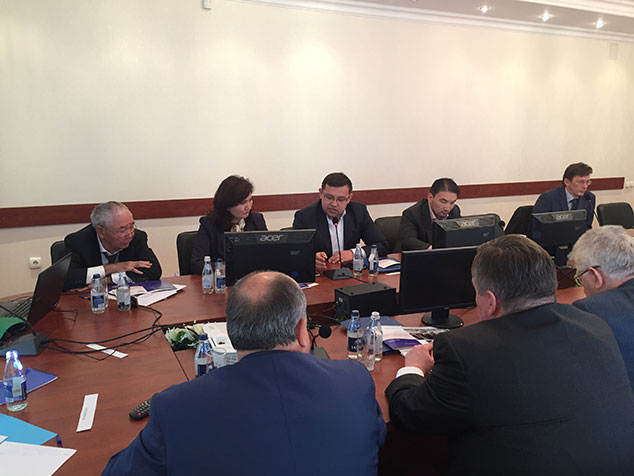 The Round Table was attended by representatives of academic and applied research organizations of the country: Al-Farabi Kazakh National University, “Economic Research Institute” JSC, “Kazakhstan Industry Development Institute” JSC, Kazakhstan Institute of Strategic Studies under the President of the Republic of Kazakhstan, leaders of independent research structures – O. Hudaybergen, R. Oshakbaev and others.

The Round Table was also attended by guests from the Lomonosov Moscow State University – the Director of the School of Economics, Academician of the Russian Academy of Science of the Russian Federation, Doctor of Economics Nekipelov A.D. and Dean of the faculty of political science of the Lomonosov Moscow State University, professor, Ph.D. Shutov A.Y.