As part of the visit a discussion on establishing close cooperation between the Lomonosov Moscow State University and International Scientific Complex “Astana” (ISC “Astana”) was held. 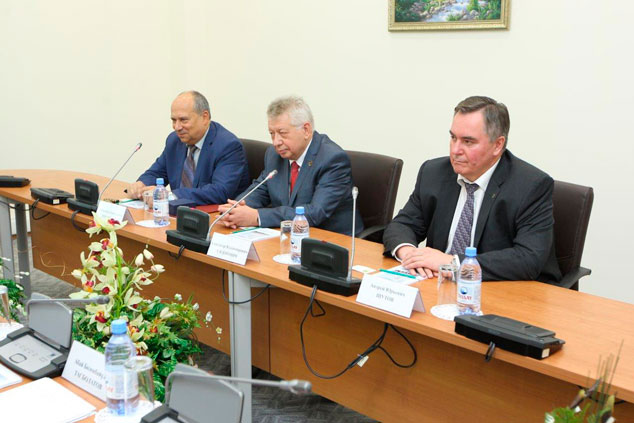 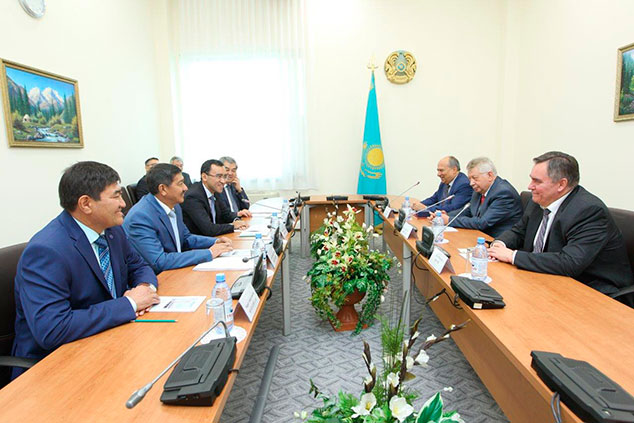 As a result of these meetings, sides agreed to increase and expand mutually beneficial cooperation in currently relevant areas of science, particularly, in political science, economic and international relations, and other scientific disciplines.

Dr. Murat Laumulin. The Current Political Development and International Position of “Post-Karimov” Uzbekistan (The View of Western Experts)
Leonid Skakovskiy. American-Tajik cooperation in 2016: retrospective and prospects
The Nuclear Strategy of D.Trump administration and its impact on the system of International Relations
Mukhamejanova G.R. Socio-economic situation in Iran: achievements, challenges, prospects
Mukhamejanova G.R. Results and conclusions of presidential elections in the Islamic Republic of Iran
Bolatkyzy N. Territorial Disputes in the South China Sea
Bolatkyzy N. China and the European Union: cooperation at the present stage
Diana Dikhanbayeva. The strategy of B.Obama and D.Trump administrations with respect to the Syrian conflict: a comparative analysis
Alisher Tastenov. Features of the state information policy of Kazakhstan
Vyacheslav Dodonov. Current situation in the Russian economy: trends of the period of sanctions and future prospects
Gulbanu Mukhamejanova. The problem of Turkey’s accession to the European Union: the state and prospects
Maxim Kaznacheyev. Social tension in the context of economic crisis
Bolatkyzy N. China’s Interests in the Arctic Region
Actual problems
The state and prospects of the Kazakh-US cooperation in the field of global nuclear security (September 27, 2017)
NATO between the past and the future: to the results of the Alliance Summit in Brussels (May 25, 2017)
Zbigniew Brzezinski: a man, a politician, an intellectual
The Nuclear Strategy of D.Trump administration and its impact on the system of International Relations
World on the verge of strategic uncertainty: afterword to the 53rd Munich Security Conference (17-19 February 2017)
Is there any future for Trans-Atlantic and Trans-Pacific partnerships?
Historic opportunity for America and the whole world: summary of the United States presidential elections
A new step towards a multipolar world: summary of the 8th BRICS Summit (Goa, India, 15-16 October 2016)
Historical fate of the West in the context of modern political processes
Hangzhou consensus and its significance for the global economy: summary of the G20 summit (September 4-5, 2016)
Archives