Yerkin Tukumov. The healthcare in the USA: overdue reforms

The healthcare system of the USA leaves ambiguous impression. On the one hand, while living in Boston, USA, where there are the best clinics and medical doctors not only of the country, but of the world, where medical tourism is one of the largest proportion of income of city’s and state’s budget, it is impossible not to notice the balanced, highly-organized, and quality work of medical system. Huge amounts of money are spent on healthcare. The proportion of budget of the USA allocated to health care in 2016 ranks the 2nd -28%, which is two times larger than the budget spent on defense. On medical expenditure, the USA holds the 1st place in the world- $1,004 trillion out of $3,95 trillion budget of the USA for 2016[1]. 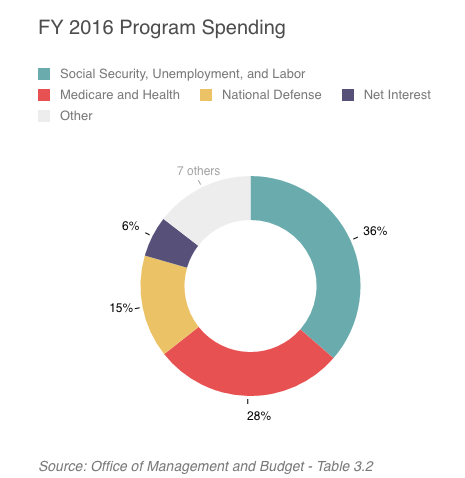 In the USA, the profession of medical doctor and any kind of relation to healthcare is regarded as prestigious and lucrative. It is not surprising that the number of people in this field exceed 10 million people. It is also not surprising that the competition into medical school is high in spite of severe requirements and expensive tuition fees, even for Americans themselves. Not all enrolled can get a medical degree (selection is huge), even the few lucky ones are not guaranteed the work places. For example, in Boston, where there is a high standard of living and where many people would like to work, the competition between medical officers reaches 100 people to a place. Because of that everyone values the job of a medical officer which is highly estimable and which brings large income.

Medical doctor is one of the highly-paid professions in the USA, with income of higher than average in the country- from $150000 up to several millions of dollars per annum for some well-known neuro and cardiac surgeons. At the same time, medical doctors, having high social status and material income, do not lead relaxed life, but they constantly master new technologies and consume mass information about the latest achievements of medicine, the more so because 90% of all information is in English. It is not coincidence that the best conditions for medical discoveries and for the creation of novel preparations in the world are created in the USA. As a result, 18 out of 25 of Nobel prize-winners on medicine are American citizens.

However, there is also other side of the prestige and high status of the medical doctor and quality medicine. The experts explain the problems of the USA’s healthcare system with three main causes.

First of all, despite the huge financial injections into healthcare system, the average life expectancy in the USA remains quite low in the midst of other developed countries of the world.

Secondly, there is a continuing rise of medical inequality among the population of the country, which emerge from racial and income difference. Coverage with medical insurance reached 90.9% (33rd place among the states of OECD) after Obama’s reforms. The USA was only ahead of Greece, which is in crisis. Apart from that, the life expectancy of the richest 1% reached 87.3 years old, whereas the life expectancy of the poorest 1% is only 72.7 years old (considerable difference of 15 years)[2].

Thirdly, it is an unbelievable cost of medical services which is the most expensive in the world. So, the health care expenses of the USA amounted to $8713 per person in 2013, whereas the average expenditure for person in all countries of OECD amounted to $3453[3].

Indeed, medical system as everything else in the USA turned into a type of business, sale of services to population. The USA is an only country in OECD to have centralized system of medical assistance.

Eventually, there are lots of people in the USA who are left without medical assistance. According to the data from the US Census Bureau , in 2009, 50.7 million people (including 9.9 million non-citizens), or 16.7% of population did not have medical insurance[4].

This means that for the millions of Americans who do not have insurance, any serious illness threatens with huge financial loss and even with bankruptcy. In this regard, America is very hard-edged, not to say cruel. Despite being the leading country on creating the newest drugs and medical technologies and having the best medical doctors in the world, the USA, according to the data from CIA World Factbook, holds 41st place in the world on child death rate (the worst indicator among the developed countries) and 45th – on life expectancy.

Only the richest can afford the treatment without external aid. The cost of routine operation such as appendicitis, which is done in every rayon hospital in Kazakhstan for free, amounts to several ten thousand dollars. American family of moderate means cannot afford by itself alone such expenses. Because of this, the only rescue is medical insurance, which mainly requires from the person to pay small amounts on regular basis and now, so that in case of serious illness, she/he would not be paying more. Insurance company, which is chosen by everyone individually, assists with medical expenses, in other words, everyone ensures protection for himself or herself from unforeseen high expenses for the case when the medical assistance would be necessary.

This is the start of the most interesting thing for the person, who has never had medical insurance as the average cost of insurance for adults in the USA differ largely on their costs and vary from $150 up to $500 a month (costs are for 2015). Thus, for a family of 4 people, as we have lived in the US in such composition, expenditure on insurance amounts to $1000 a month. Serious amount, and for many Americans, even for working ones, it is an unaffordable cost. Meanwhile, average insurance covers, as a rule, only part of medical spending. One has to pay for the medical drugs.

Cost on medical drugs is a separate serious social issue. Even more patients with insurances cannot always afford medical drugs, which cost much higher than in any other developed countries. The point is that the government practically does not regulate pricing, leaving this important issue to the care and responsibility of pharmaceutical business and market.

This kind of approach is criticized by Americans, as the profit of pharmacological companies is put at the forefront, which at the end results in huge loss and life of many Americans. There is a well-known case, when the company Gilead Sciences bought preparations for curing Hepatitis C from small company for $11 billion. Many were dissatisfied because of the fact that Gilead Sciences spending only $1 for the production of one preparation, but sells it to buyers for $1000. As a result many Americans die even without having an opportunity to get this medical preparation [5].

This problem did not emerge today. Many American presidents tried to solve this problem. However, I think, only two presidents could achieve high success on solving this issue.

The first president- Lyndon Johnson who confirmed two historical programs in 1965: 1) program «Medicare» covered citizens above 65 year old and people of preretirement age; 2) program «Medicaid» covered low-income citizens. These revolutionary programs, on the one hand, ensured millions of citizens with access to medical services, on the other hand- they gave impulse to the development of healthcare system, which today exceeded $1trillion and has a tendency for further development.

The second president- Barack Obama, who promoted the law on Affordable Care Act – «Оbamacare» in 2010. According to «Оbamacare», all citizens of the USA must have the medical insurance. Otherwise they need to pay fine, amount of which differs from state to state. This law was one of the most expensive laws in the history of the USA, as according to it, all inhabitants of the USA, residing legally or regardless of their visa status, and those with lowest incomes could obtain the insurance from the government for free.

The reforms in the healthcare calculated for 10 years, will cost $940 billions from the budget of the USA. In order to reduce the budget load, government implemented new taxes on rich citizens and pharmaceutical companies. The latter ones became the basis of serious criticism of B.Obama’s administration from the side of business and from high-income class. The opponents of the reform say that universal accessibility will lead to the appearance of queues, large quantities of patients to see the doctors, and as a result, worsen its quality.

From my subjective opinion, one of the less discussed hidden problems of the commercialization of the medicine in the USA is the emergence of unfair treatment of patients by some medical officers, who are not only interested in the treatment of the patient, but on the duration of the treatment. The longer the “dishonest” doctor treats the patient, the more money he/she gets out of it.

Apart from that, in the USA, one of the serious problems is the ageing of the population. According to the director of Stanford Center on longevity, “rising life expectancy and less number of children (than in the past) lead to the global process, when pyramid of population of the Earth where there are few young people at the base and with insignificant number of old people at the top of the pyramid, will turn into a rectangle. For the first time in history, most of people born in developed countries have chances to live up to old age”[6].

Nowadays America is rescued with the immigration of young population from all corners of the world, but the proportion of population above 25 years old is growing constantly, respectively expenses are also growing on the program «Medicare». According to the forecast, proportion of people above 65 years old will rise from current 46 million up to 98 million in 2060, reaching 24% of overall population of the USA.

Can the largest budget in the world cope with this growing load? It is a question which does not have any answer yet. Many experts evaluate the possibilities of maintaining huge expenses on health care with alarm and skepticism, considering that, the further growth of these expenses might lead to the collapse of existing health care system. From their point of view, healthcare system itself is in need of “treatment” and reforms.

To sum up, the USA’s society and government has two complicated tasks before them. First, how to preserve the quality of American medicine at the same time ensuring access to the needy of the country. Second, how to make so that the quality of medical service could keep up with the growth of huge expense for it. Or would the quality American medicine remain to be the destiny of the rich?