The visit of Indian policymakers and experts to ISC «Astana» 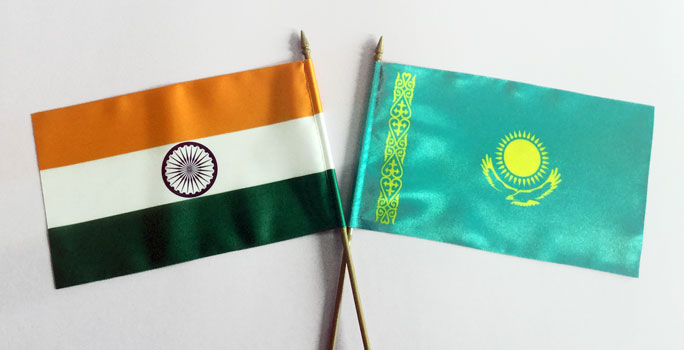 The Kazakh side was represented by:

The consultations and discussions covered a wide range of issues related to the cooperation between India and Kazakhstan, India and Central Asia, as well as the situation in Afghanistan.

The Indian side presented their vision of global and regional processes, outlined the role of the leading world powers in the contemporary international relations, and noted the rapidly changing balance of power in the world and Central Asia. The special attention was paid to the issue of cyber security and the fight against international terrorism and religious extremism.

The Indian side emphasized the successful development of Kazakhstan-Indian relations on a bilateral level and in the format of «India + Central Asia» dialogue. According to Indian delegation, the current visit of Mr. Arvind Gupta to Kazakhstan and ISC «Astana» will give a new powerful impetus to the Kazakh-Indian relations.

The Kazakh side noted that the gradual rapprochement between India and Kazakhstan, India and Central Asia is an objective process; however, if New Delhi and Astana demonstrate the necessary political will, the process can significantly accelerate.

It was emphasized that given the changes in the global and regional architecture of international relations, as well as the forthcoming full membership of India in the SCO, the Republic of India can become an important part of the new formula of security and balance of power in Central Asia.

According to the Kazakh side, the Republic of Kazakhstan and the Republic of India can deepen and expand cooperation in trade and investment, in the spheres of high-tech and «green» energy, aerospace and military-technology, in the fight against international terrorism and religious extremism, as well as through the leading expert and analytical structures of the two countries.

In general, Kazakhstan and Indian delegation commended the prospects of bilateral cooperation, including International Science Complex «Astana», within the framework of joint scientific and educational projects.

Diana Dikhanbayeva. The most important results of the working visit of the President of the Russian Federation Vladimir Putin to the Islamic Republic of Iran
Nurlan Sarsenbay. The concept of a complex program of scientific and applied researches of the Caspian sea and the coast within the Atyrau and Mangystau regions
Gulbanu Mukhamejanova. Official visit of King Abdullah II of Jordan to Kazakhstan: results and prospects
Gulbanu Mukhamejanova. Socio-economic situation in Afghanistan: status, problems, prospects
Mukhamejanova G.R. Socio-economic situation in Iran: achievements, challenges, prospects
Vyacheslav Dodonov. The financial sector of Kazakhstan in the period of low oil prices – the state and the key issues
Svetlana Kozhirova. The role and place of Central and Eastern Europe in the foreign policy of modern China
Bolatkyzy N. China and the European Union: cooperation at the present stage
Visit of the International Scienсe Complex “Astana” delegation to the Lomonosov Moscow State University
Gulbanu Mukhamejanova. Turkmenistan in the system of Kazakhstan’s foreign policy priorities: an afterword to the visit of the President of the Republic of Kazakhstan N.Nazarbayev to Ashgabat
Leonid Skakovskiy. American-Tajik cooperation in 2016: retrospective and prospects
Oleg Zhdan. The US and NATO strategy in the field of cyber security
Is there any future for Trans-Atlantic and Trans-Pacific partnerships?
Actual problems
The state and prospects of the Kazakh-US cooperation in the field of global nuclear security (September 27, 2017)
NATO between the past and the future: to the results of the Alliance Summit in Brussels (May 25, 2017)
Zbigniew Brzezinski: a man, a politician, an intellectual
The Nuclear Strategy of D.Trump administration and its impact on the system of International Relations
World on the verge of strategic uncertainty: afterword to the 53rd Munich Security Conference (17-19 February 2017)
Is there any future for Trans-Atlantic and Trans-Pacific partnerships?
Historic opportunity for America and the whole world: summary of the United States presidential elections
A new step towards a multipolar world: summary of the 8th BRICS Summit (Goa, India, 15-16 October 2016)
Historical fate of the West in the context of modern political processes
Hangzhou consensus and its significance for the global economy: summary of the G20 summit (September 4-5, 2016)
Archives